The PJT Memorial Foundation Forms Partnership with The Magical Moon Foundation, Donates $15,000 to the MMF!

The PJTMF Donates $1,000 to The Massachusetts Soldiers Legacy Fund

The 8th Annual Golf Classic Raises More than $35,000 to be Distributed to Local Charities!

The PJTMF Donates $5,000 to Birthday Wishes, Ensuring More than 200 Homeless Children are Celebrated on Their Birthdays!

April, 2014 -  In honor of Paul's recent 30th Birthday celebration this past February, the PJTMF has donated $5,000 to Birthday Wishes.  Our donation will be specifically applied to sponsoring more than 200 Birthday Parties for homeless children at the Brookview House in Dorchester, MA.  It is an honor, and a great tribute, to be able to remember our friend's 30th birthday by providing birthday parties for others in his name. 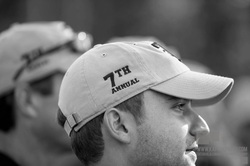 August 16, 2013 - Picturesque weather paved the way for a record 132 golfers who made their way down to Pembroke Country Club for an 8:30 Shotgun Start. The golfers were then joined by dozens more at the post-tournament reception in Cohasset. Record attendance numbers empowered the Foundation to raise an all time high of $30,200, surpassing the previous record amount of $23,000 set in 2012.  Read more in the Wicked Local article here.

April 24, 2013 - Keeping Paul's love of his local community and his commitment to youth outreach in mind, the PJT Memorial Foundation recently made a $5,000 donation to bolster the Cohasset SSL's Youth Initiatives.  Please click the logo on the left to learn more about the great work the SSL is doing.

April 10, 2013 - On the eve of their first game, Savin Hill Little League had their equipment stolen.  The PJT Memorial Foundation was glad to lend a helping hand.  With a donation of $2,000 from the PJTMF and other generous contributions, SHLL was able to purchase brand new equipment. 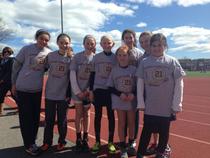 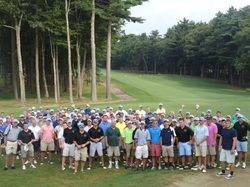 August 10, 2012 - The 6th Annual PJT Memorial Golf Tournament was a success seeing 128 golfers onto Pembroke Country Club's course (a new record). The Johnston home in Cohasset provided an incredible venue for a auction that raised a PJT record-setting 23K! Dan Trendowicz, Paul's younger brother, wrote a touching account of the day and it's meaning to his family in the Cohasset Mariner and Wicked Local. 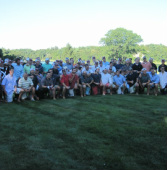 August 20, 2011 - Annual Golf Tournament sets new records in both attendance and dollars raised for charity.  Online Newspaper Wicked Local, of the South Shore ran the story.  Top beneficiaries from the funds raised were the Charlestown Lacrosse and Learning Center and Exceptional Citizens' Week at Camp Fatima. 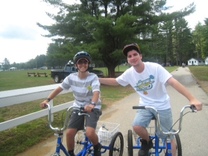 The PJT Foundation helped to provide the necessary funds for Exception Citizens Week at Camp Fatima to have a fun and exciting experience for their campers on new bikes and time in the "sensory zone"! Says Exceptional Citizens Week Director Michael Power, "I heard from a few parents that told me it was the first time their child ever rode a bike.  It brought them to tears. Your donation has affected many lives and goes a long way for us at Camp!". For more information on Exceptional Citizens Week at Camp Fatima click here. 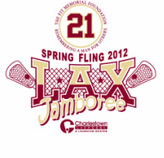 March 24-25, 2012 - The PJT Memorial Foundation was the proud sponsor of the Charlestown Lacrosse and Learning Center's Spring Fling Jamboree.  This annual tournament saw more than 600 people attend, including more than 300 youth lacrosse players.


Photos from the event below: